Please welcome the new default icon pack of Elixir 2, I hope you will like it: 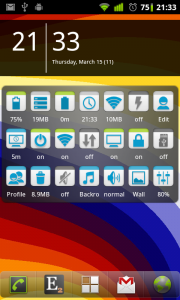 There is a downloadable dark version of default icon pack too: 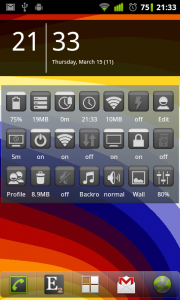 Gál István has created a nice SonyEricsson Style icon pack for Elixir 2 for public use: 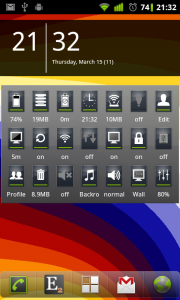 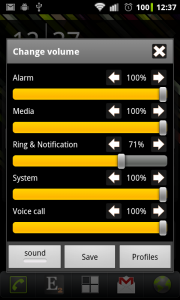 In Android 4.0 (ICS) Google linked ringtone and notification volumes together so you cannot set different volume levels for them. In this version of Elixir 2 there is a workaround to solve the problem. The Phone ring stream name is displayed in red and it means that this setting is not a system but an Elixir setting. When phone starts ringing then Elixir changes notification volume to this value and changes back at the end of ringing. So it can simulate separate volume levels for ring and notification.

It is important that this workaround works only if you place a volume toggle into a home screen or statusbar widget because the running background service is needed. 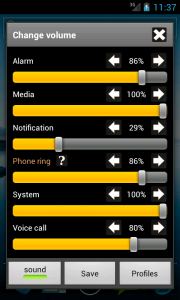 On the report screen there is a new Include sensitive data checkbox which is unchecked by default. This means that the generated report won’t contain sensitive data like these: 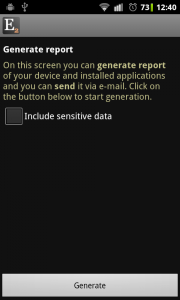 The top screen displays application name and icon if possible: 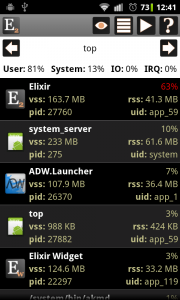 There is a new toggle which can be used in widgets. This Mobile network toggle displays network type as label and 2G, 3G or 4G icon depending on the current network type. If you click on the toggle the system setting screen opens to make it faster to disable 4G or 3G. It is not possible to disable 4G or 3G for a third-party apps in Android.

There are three new text fields at the bottom of the dialog to display rgb values in decimal format. You can set these values too if you click on them: 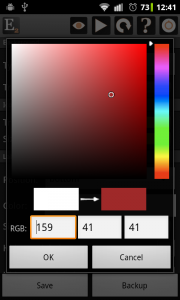